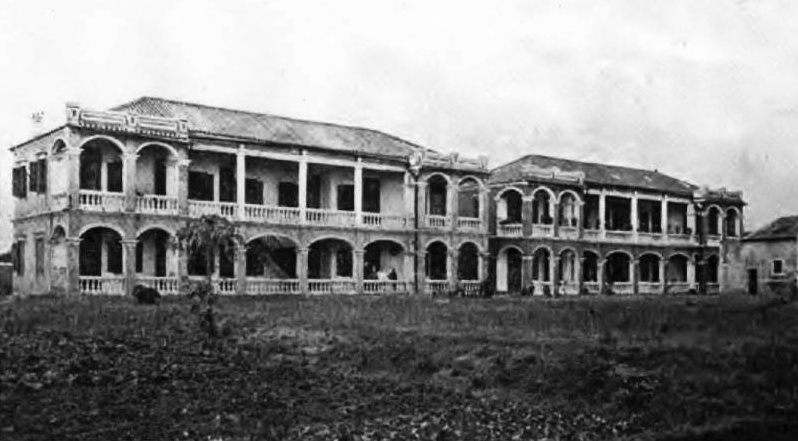 Acclaimed as one of the best photographers in contemporary China, Lv Nan published a collection of shots in 2007 called The Forgotten People – The State of Chinese Psychiatric Wards. Photos presented in the book were taken during Lv’s visit to various facilities for the mentally ill all over the country from 1989 to 1990. Printed in black and white, the images of patients and the places housing them caused two main reactions in the public: they raised awareness and aroused pity; and they consolidated the general impression of mental hospitals as shabby, stagnant, desperate places.

“In fact, mental hospitals now are quite different from what is generally expected,” says Ms. Wu, who is in charge of all media relations for Guangzhou Huiai Hospital, formerly known as Guangzhou Brain Hospital. “The hospital has taken many interviews, and almost all the journalists who have come have stated that it changed their fixed ideas about psychiatric hospitals.”

Born from its predecessor, the Refuge for the Insane, Huiai was the first specialized mental facility in China. Now the top institution of its kind in Guangdong province, it provides professional and tailor-made therapies to the large number of people in the region with behavioral health problems. According to a survey conducted jointly by Huiai and Peking University, for every 1,000 Guangzhouers there are 15 psychoses.

In the past, ‘to go to Fangcun’ was a metaphor for seeing a psychiatrist, as the hospital is located on Mingyue Lu in the Fangcun area. Today, it is mainly an outpatient center for people who suffer from mild mental illnesses or other psychological issues.

“Treatment methods were limited when I was employed by the hospital 28 years ago. Medical staff being assaulted by patients happened a lot. As a result, we often turned to confinement when dealing with mental patients, and iron gratings were installed on windows and doors. No wonder outsiders would view mental hospitals as horrible. Now, it’s a different case,” says Huang Xiong, Head of the Outpatient Department at Huiai. According to him, the current methods used to combat mental illness are done with an emphasis on both symptom management and social ability restoration. Open administration is adopted here, and the iron gratings are being removed. “A mental hospital is not a prison,” he notes. “We all should remember that.”

Answering the great demand for more accurate and thorough help for people suffering from disorders of the mind, Huiai moved its inpatient clinic to Guanghua Er Lu in Baiyun district in April of this year. Covering over 40,000 square meters and outfitted with 720 beds, the facility is a shelter for people with major mental illnesses. There is a rehabilitation section inside where patients learn gardening. Sweet potatoes, carrots, papayas, lemons and lettuces are planted and nurtured.

Doctors visit the ward every day, asking patients queries that range from simple mathematical problems, like the sum of six plus eight, to emotionally evaluative questions about how happy they feel. Even though confinement is still enforced here, stable patients are encouraged to come out of their rooms to take part in activities such as drawing and singing. “Entertainment contributes a lot to patients’ recovery,” says Li Rizhao, Head of Nursing.

In addition to providing professional mental treatments, Huiai has also established a hotline for any mental health-related enquiries and suicide prevention. In the past eight years, the hotline, manned by 30 professionally trained consultants, has received over 70,000 phone calls. More than 1,500 of these were related to suicide. Li Jie, the vice director of Guangzhou Huiai Hospital, previously told a local newspaper that data has shown that around 60 percent of people who kill themselves have a diagnosable mental disorder. “Prevention is needed,” he said, “and that’s why we hire consultants to answer phone calls.”

Uncertainty over what those who treat the mentally ill actually do has led some members of the public to see them as strange, even frightening, figures, but Wu is keen to stress that they are not some outlandish subspecies of the medical profession. “Doctors and nurses here are no different with those working in general hospitals,” she says. “They diagnose illness and prescribe medicine. The procedure is more or less the same. Only when the public realize that can the fear [of psychiatric hospitals] dissipate.”

This Week in History: Finding of the First Panda to Leave China

And the incredible story of the American socialite who became the first person to bring a giant panda to the US.

This Week in History: When Andy Warhol Came to China

In late 1982, Andy Warhol and a small entourage were invited on a VIP trip to Beijing, the Forbidden City and Great Wall.

This Day in History: When Michael Jackson Came to China

The King of Pop visited the PRC for seven hours in 1987.

He was a writer, poet, editor, translator, thinker and revolutionary who laid the foundation for China’s modern literature.

Here's How German Companies are Faring in China

Meet the Man Empowering Kids Through Karate in China

Henry Novoa shares with That's what got him interested in the sport and his academy's success in international competitions.

Get the weekly newsletter!

Sign up to get the entertainment, lifestyle and event news from That's Guangzhou every week!

This Week in History: China Ends the Eunuch Era

This Day in History: The Founding of the Shanghai Rugby Club

In Case You Missed It…

The 7 Best Things to Do in Guangzhou this Weekend

This Week in History: China Ends the Eunuch Era

China, Here Are Your 2021 Public Holidays

This Day in History: The Founding of the Shanghai Rugby Club

Scan our QR Code at right or follow us at ThatsGuangzhou for events, guides, giveaways and much more!

7 Days in Guangzhou With thatsmags.com

Weekly updates to your email inbox every Wednesday